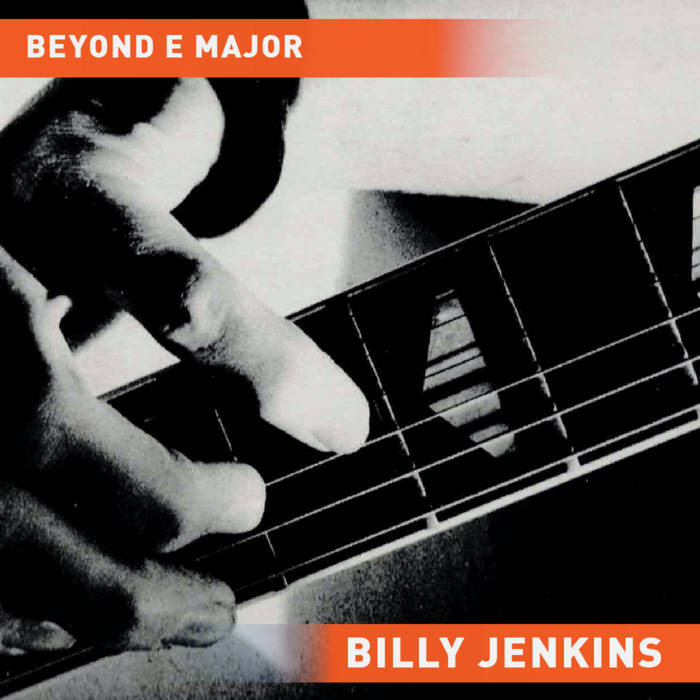 Originally released on vinyl in 1985, this album has been especially remastered by Andy Le Vien at RMS Studios for digital download direct from virgin vinyl.

‘Beyond E Major’ was, in effect, the ‘album of the column’ that Billy had been writing in the mid 1980’s for the monthly music magazine One Two Testing.
Advocating, over thirteen months, the art of music and guitar study at the ‘school of self education’:
‘,,,,Beyond E Major opened the tobacco tin on chord shapes and the theory behind them; single note runs; how to practise without actually touching the guitar; right-hand plectrum technique; the "three shape system" enabling the player to move from one chord to another at ease; major and minor scales; the mystery of the Alvin Lee Triangle; octave playing; understanding chord charts; and more recently, the rhythm and tonality of yer actual music — probably resulting in those who read this column too closely chucking their guitar away and taking up piano……
Having come to the conclusion that ‘the written word is not a good medium for musical tuition’, Jenkins, inspired by the album ‘East Broadway Rundown’ by saxophonist Sonny Rollins (where his trio extemporise at length from a simple theme) took the Loose Tubes double bass player Steve Berry and (then) Working Week drummer Roy Dodds into the studio to explore four distinct different styles of music – Country and Western, The Blues, Heavy Metal and Rock and Roll.

The column ‘Beyond E Major’ and other articles Billy wrote for One Two Testing, can be found online @ www.muzines.co.uk/search/a/Billy+Jenkins

‘Certainly not for the fainthearted, the album is a gloriously uninhibited affair.’
Julian Cole / The Mercury

‘I like it, I like it! It’s a brash, enthusiastic document, a lot of humour and wistful improvisation in the playing, ensuring that the undoubted musical virtuosity of the players doesn’t lead to ego-tripping, pretentions and superficiality. Here surely is the essence of a man who not only knows the real power of music but also the evils of the big, bad industry and the necessity of keeping your fee firmly on the ground.’ Phil England / Elephant Weekly

‘Cast in ‘Rockschool’ format in four generic chunks, the performances treat genres as if they were ‘standards’ in themselves, bases for improvisation. To call the results unpredictable is to miss the point somewhat.’
* * * The Penguin Guide to Jazz on Record.

‘Surely the worst record ever released. ‘Beyond E Major’ is a staggering testimony to the bankruptcy of contemporary jazz musicianship. Jenkins might fancy himself as the thinking man’s Billy Bragg, but to me he sounds more like a lobotomised Al DiMeola after a year’s intensive training at the New Musical Express school of pseudery…’ Garry Johnson / Sounds

All compositions © Billy Jenkins
Recorded by Tony Messenger on the 11th and 29th June 1984 at Waterfront Studios, Rotherhithe, London.
Mixdown at Gateway Studios, Wandsworth with the kind cooperation of Dave Ward and Muck Parker.
Original vinyl mastered by Mike Walker at Trident Studios.