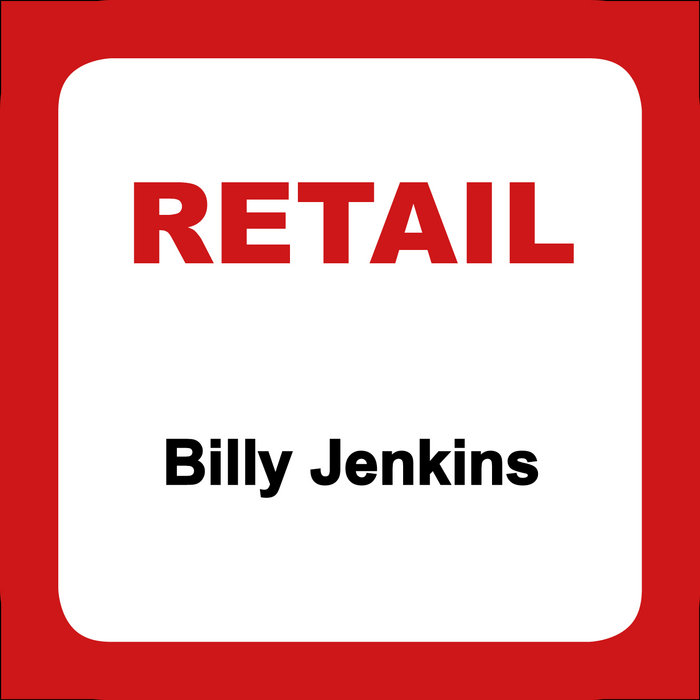 ***INCLUDING SPECIALLY PRODUCED BOOKLET FEATURING.......
- five especially commissioned montages created by Beowulf 'Wulfie' Mayfield, inspired by the 'Retail' music selection.
- Play the 'White Van Man' board game!
- two of Billy's handwritten scores - one from his own private sketchbook!
- Reveals for the first time one of the Morse Code wordings hidden in the theme of every title of the 'Ghost Music' album!

Retail compiles some of the highlights of Billy Jenkins' Aural Art S.E. London albums, re-purposed for a post-Covid world. From the proliferation of delivery vans, to the de-proliferation of the high street, these unique examples of his art retail the stories of the Suburbs... Taken from the following albums - all soon to be available from bandcamp.

Blues Zero Two
“The fantastic Blues Collective drive him along to new heights. His lyrics, as ever, are full of wit, profundity and crap jokes. This man should be knighted. Now”' Martin Longley / Sheffield Telegraph

Still Sounds Like Bromley
“This is classic Jenkins material. Billy's music may sound off-centre at times (well, all the time really) but when listening with a smile you can fully appreciate his reasoning and enjoy his musical view of life.” David Lands / Jazz Journal

I Am A Man from Lewisham
“One of the great unclassifiable forces in the British underground. His ever-fascinating career takes a joyful turn on an album of pubsy knees-ups, blues growling and deliriously rude brass. He also conducts humanist funerals. Versatile!” Gavin Martin / The Daily Mirror

Sounds Like Bromley
“a vastly underrated work that manages to combine post-Ellington composition, concrete effects, pop and a world upside down version of English pastoral”. Brian Morton / The Wire

Suburbia
“A conceptual masterpiece... a concept album about Bromley as a home of the blues, with all its attendant irritations and virtues alike. The music is vintage Jenkins, bits and pieces from all over the place, fused by great playing and sheer determination. American readers will be baffled by him; but he is, along with the Princess Royal and Walthamstow dog stadium, one of our national treasures.”
* * * * Penguin Guide To Jazz On CD (5th Ed)

The Semi-Detached Suburban Home
“The music is sublime, a series of miniatures (i.e. always captivatingly brief) which veer from the reflective to the disturbing, the solo low strung guitar is a genius re-invention/adaptation of the guitar...indeed right across this divine work the familiar becomes unfamiliar."
Max Reinhardt / ‘Late Junction’ BBC R3

Uncommerciality Volume 3
“For all its outward lawlessness, however, this is some of Jenkins's most subtly conceived and orderly music. All in all it is not only Jenkins's finest hour, but a landmark in contemporary UK jazz.”
**** John Fordham / The Guardian

Ghost Music
“Jenkins is intent on making a societal statement here as well as a musical one. As an extension of this, maybe he feels that the more reflective, meditative approach he has adopted might be an appropriate antidote for a modern, obsessively self-absorbed and materialistic world in which we live.” Roger Farbey / allaboutjazz.com