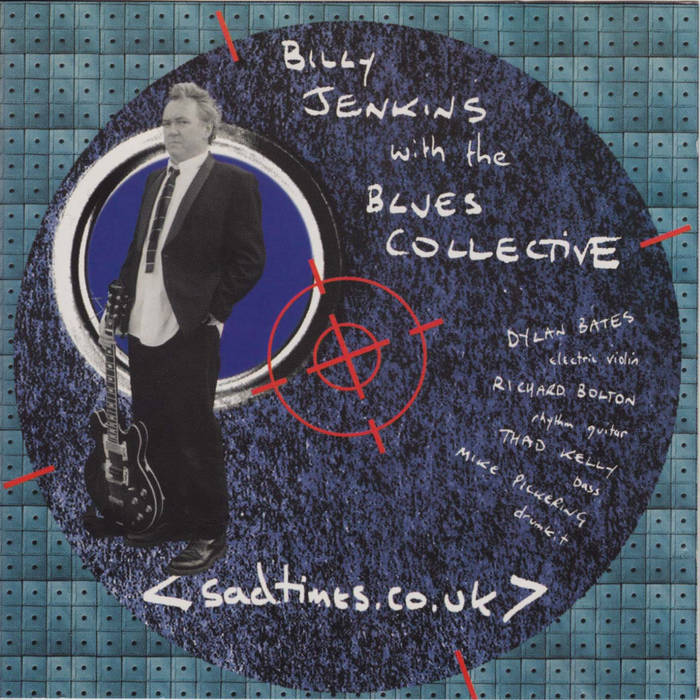 "Black humour can be a dangerous commodity, something regarded with distaste by mainstream producers and promoters. It's particularly unwelcome in British jazz, which generallly takes itself very seriously, and this might explain the marginalisation of the Bard of Bromley, Billy Jenkins.

His satirical songs are a bit too disturbing to be good, clean fun, but he shouldn't give up yet. This new album could be his big breakthrough - his composing, arranging and guitar-playing skills have reached a level of professionalism that now matches the subversive clout of his lyrics. He's also made the giant leap from spiky free-improv to a more accessible blues format, projecting his bleak visions through a cosy country-blues filter that leaves the sharp outlines intact.

Jenkins's relaxed vocal style cleverly underplays messages that bristle with attitude. 'Badlands', for example, is about graffiti, windblown garbage, homeless drinkers and permanently shuttered shops, the sort of landscape millions of Londoners try to ignore each day. 'The Duke And Me' extols jazz-listening pleasures and the panaceas of 'fags, mags and Sainsbury-recommended wine' that help to ease this urban angst, while 'Cliff Richard Spoke To Me' and 'Like John Lee Said' recall the anti-showbiz larks of early Jenkins oeuvres such as Entertainment USA.

His group, meanwhile, plays with admirable crispness and restraint, particularly violinist Dylan Bates, whose lazy, chorus-box-enhanced solos convey the sour warmth of a triple bourbon on the rocks.

Recorded in the muddy heart of Greenwich, sadtimes.co.uk isn't feelgood music, but it's perceptive, grimly amusing and as original as anything being played on either side of the Thames this week."