by Billy Jenkins with the Voice of God Collective 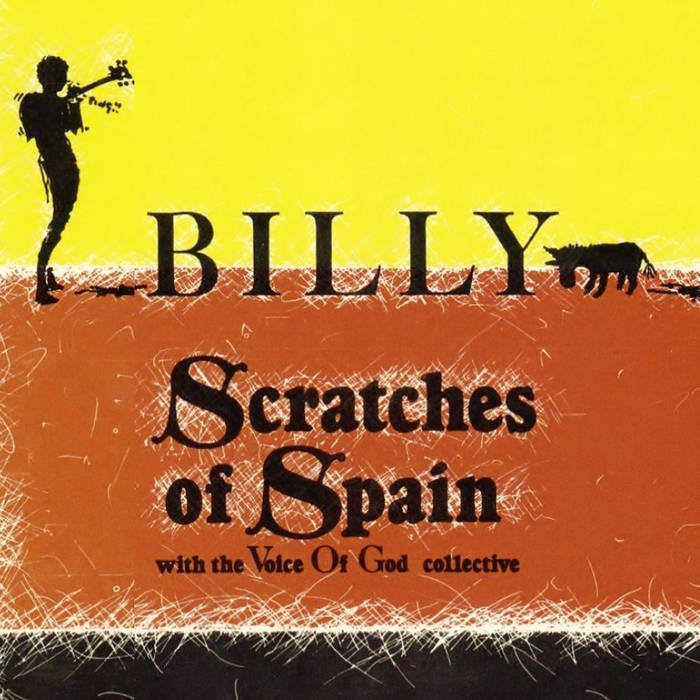 philippam Billy, you're the geezer.

Originally released as a 12" album in 1987 (Thin Sliced Records SLICE 13),this album has been especially remastered by Andy Le Vien at RMS Studios for digital download from Direct Metal Cut virgin vinyl. Some call this Jenkins' classic recording. From the micky-take Miles cover spoof to the pathetic trumpet playing of Skid Solo over such gems as 'Benidorm Motorway Services', 'McDonald's, 'Cuttlefish' and 'Cooking Oil' - it would be hard to disagree. Billy does. But then he would..... Django Bates, Ashley Slater and Iain Ballamy lead the superlative playing.

“…Jenkins’s most celebrated single record…Jenkins has been around on the British scene long enough now for pieces like Benidorm Motorway Services and Cooking Oil to become minor classics, albeit harder to hum than the adagio from Concierto De Arunjuez…” Penguin Jazz Guide

'The ensemble is swollen, the intentions are ambitious, the lunacy gets out of control, and Jenkins succeeds in all his target areas. This incredibly dense and detail-stuffed epic feels like a massive-budget project, even though it almost certainly wasn't.” Martin Longley / Jazz on CD

'Oh no, it's Billy Jenkins. Listen and be rudely awakened, or better still get blind drunk and re-live those package tour nightmares.' Lindsay MacRae Q Magazine

'There is a kind of genius on our doorstep. Don't let him die in poverty.'
Stewart Lee